Portfolio: The Outrageous and Completely Untrue History of the Sport of Darts Book Cover 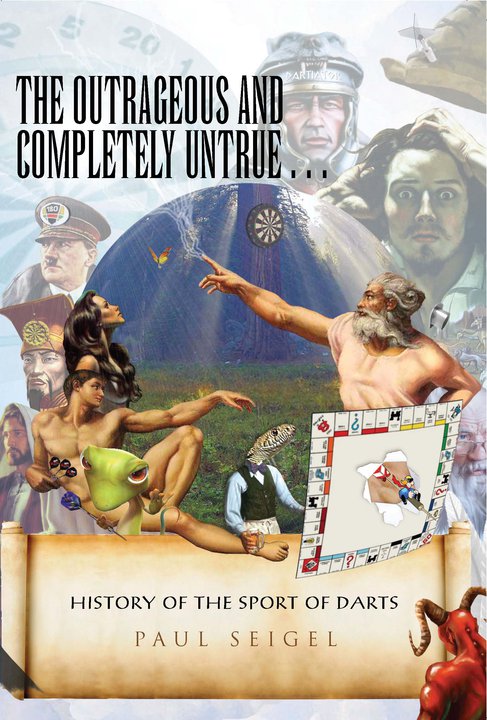 This is Dartoid’s most recent and tiniest work of darts fiction and we should indeed be grateful for the latter. I can solemnly attest that it is, in my very humble opinion, quite the most historically inaccurate and stupid thing that anyone has ever put to paper. Despite his advance apologies to his God, and many others, I am certain that they are insufficient to prevent him from being cast into Hades when the Grim Reaper eventually comes to call. Having said that, IT IS FUN!!! ~ Patrick Chaplin Ph.D.

Next >>
Portfolio: The Diary of an Unhealthy Dart Throwing Slug Book Cover